WANTED: Kibo motorbikes for our team! 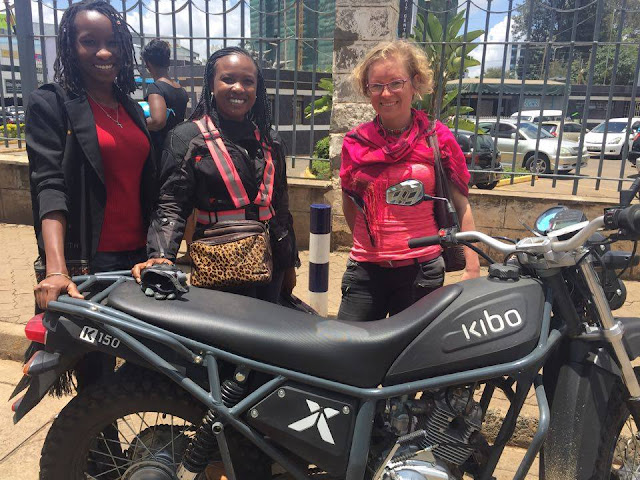 In this picture you see me together with two awesome ladies from Nairobi and a Kibo bike. What do this have to do with our anti-FGM work? I promise: A lot and you're gonna be as inspired as I!

But let me first tell about traveling with Elizabeth. Quite often her team is walking from village to another, but by walk they can't reach to the most far away villages. When they have some money they will travel by matatu, which is a kind of oldfashion minibus. But the roads are not like our roads. Actually our opinions about the "roads" would be that they are absolutely undrivable. But there they drive and its very bumpy and slow. There is also no timetables. The matatu leaves when it leaves and drives at the possible speed. But sometimes, especially during rain season the matatus cannot drive at all. That means sometimes or most of the time its not possible to be on time on appointments. That's the famous "African time" and it means you can never know what will happen at what time.

The problem is that if our team has invited people to a gathering, they can try their best to attend, but they can never be sure if they trust the matatu. So that's why, if they have money they hire motorbikes and drivers. With the bikes they can go anywhere at anytime, the only thing is its so expensive because their travels can take many days and they have to pay for the drivers.

So now you might get the same idea I got in that bumpy matatu: This team needs their own motorbikes so they can go where ever they need to and at the schedule that's best  for them!

I told my idea for the team and agreed on the fullest! So I started to think....

But I didn't really know what I was doing until...

Few days later after visiting Elizabeth I went back to Nairobi for participating in Nairobi Symphony Orchestra. I had planned a meeting with one interesting artist I got to know trough facebook. On my way to meet her I remembered I've seen pics of her on a motorbike on fb so I decided to ask her about motorbike stuffs. We had discussed for maybe half an hour when one of her friends turned up, fully dressed in motorbike clothes. So we continued to talk bike stuffs and this other woman was happy to tell she just won a motorbike race (okay she was the only one in female series but anyway!) and therefore was hired by Kibo, which is a new Kenyan motorbike manufacturer.

So very soon we got the same idea you might be thinking of: Let's ask Kibo to be one sponsor for the bikes to our team! Our idea for other sponsors was to ask both Kenyan and Finnish ladybikers clubs, we think they might be really interested. Because hey, a maasai womens team fighting against FGM and promote girls rights and gender equality on motorbikes? How cool would that look!!! :D

So that's why we're standing in front of that Kibo bike on the picture.

But the good flow doesn't stop here... We will have some really nice oppurtinities with Finnish media. And that's one thing how we will get Kibo interested to join this project! More about those exciting Opportunities later because I don't know how secret those things are... ;) But I'm sure you gonna be as excited as I!!!

We are going to send invitations later to all Finnish motorbike clubs also, but if you happen to belong to one, please feel free to share this post and idea with them! :)

Btw, the Kenyan artist I met, Aliza, is also a blogger and she got inspired to post about our NGO work. I think she summarized our work really well, just have a read: https://sulwesulwe.wordpress.com/2016/03/17/of-selfless-love/
Lähettänyt BEZ klo 4.45 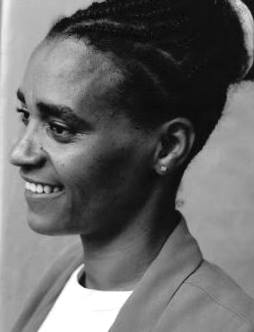 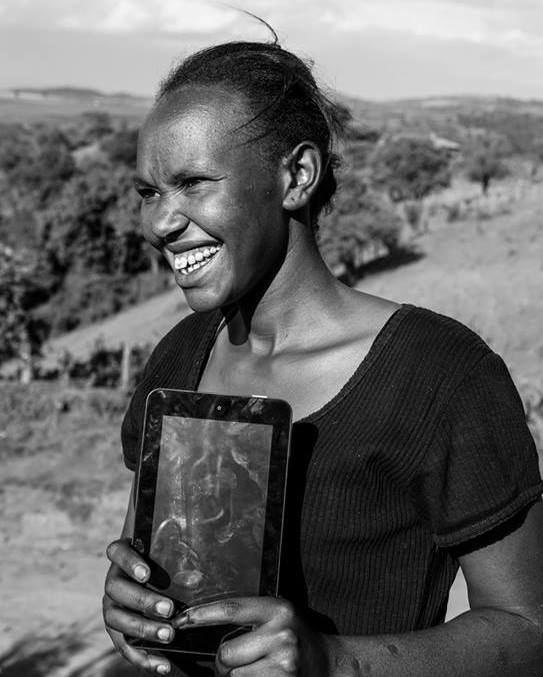